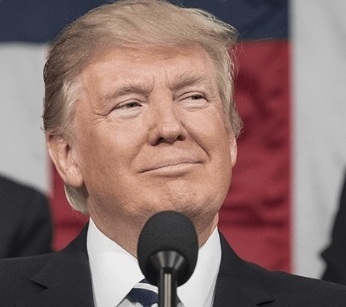 President Trump still has solid support from about a quarter of the electorate and more tenuous support from another 10 to 15 percent. On the other hand, a very solid majority oppose his policies and believe he is performing poorly. Perhaps equally important, the intensity of those who object to his performance is unprecedented for any modern president.

The intensity of his opposition has been a serious liability for the President. Voters outraged by his efforts to replace the Affordable Care Act have swamped local town hall meetings across the country and temporarily delayed House passage of that legislation. Angry voters appear poised to turnout in special and off year elections in numbers that will eventually threaten his party’s hold on Congress, governorships and state legislatures.

But ironically, the intensity of the President’s opponents and the perception that they are now over reaching is becoming an asset. It is not just the hard-core Trump voters who see much of the recent discussion about “obstruction of justice” and the implications that that term has for the possibility of impeachment proceedings worrisome. It includes many voters who are otherwise wavering in their support of Trump and even voters who have already separated themselves from the President but are disturbed by what seems to them prejudicial criticism and conclusions.

These voters fear that many who are so strident in their hatred of Trump are hoping to use whatever charges they can manufacture to move to impeachment, overturning a democratic election without regard to the facts or proper process.

It is that perception that is helping the White House stand up to the unrelenting flood of terrible publicity it faces each day. The anti-Trump messengers have unwittingly, themselves become the message. While Trump’s poll numbers are terrible, they have not dropped to the level that will force Congress to take the steps that may be necessary to restrain the White House from the irresponsible actions on a number of fronts.

The concerns of wavering Trump supporters are not without merit. We do need a thorough, professional investigation of Russian interference in U.S. elections and whether the president’s actions with respect to the Justice Department and the FBI constituted a serious obstruction of justice. Polling indicates that a large share of the 35 to 40 percent of voters who continue to have at least a somewhat favorable impression of Trump support such an investigation. A Quinnipiac poll conducted between May 31 and June 6 indicated that registered voters supported “an independent commission investigating the potential links between some of Donald Trump’s campaign advisors and the Russian government” by a margin of 73 – 23. In other words, probably about a third of those who continue to at least partially approve of Trump’s performance also appear to favor an investigation.

It is time for Trump critics to not only back the investigation but allow it to unfold in its own time and based on a step by step gathering of evidence arrived it is own conclusions. Attempting to reach conclusions about how that investigation will turn out before the facts are in is not only bad process, it is terrible politics. It is certain to alienate precisely the voters whose support will be needed if Congress is called on to restrict the President’s executive powers.

A second poll conducted by Independent Business Daily at almost precisely the same time as the Quinnipiac survey showed that 65 percent of voters felt that talk of possible impeachment was “premature” while only 32 percent found it “appropriate.” The pollster who conducted the IDB survey stated that the public felt the discussion was “putting the cart before the horse.”

Meticulous efforts are now underway to determine the extent to which the President may or may not have obstructed justice. These efforts are being made by individuals who by all appearances are fully independent highly competent. Their work will take months and while nothing we say now is likely to determine the outcome, widespread conjecture and politicized speculation about the results before they are released will likely weaken public confidence in them.

We have had two impeachment efforts over the course of the last half century. Both were arduous exercises that challenged constitutional order and taxed our capacity for national unity. One succeeded in forcing a Presidential resignation and the other undermined the standing of the Congress and the party that brought the charges. The former effort owed much of its success to the fact that an overwhelming share of the public found the process to be fair. The latter failed for precisely the opposite reason.

Pushing the discussion to the next level may serve the interests of certain news outlets or some nonprofit organizations. Hyping the prospect of impeachment is certain to increase viewership and financial contributions. But that discussion is not simply premature, it undermines the crucial efforts needed to build a broader consensus about how to deal with a president who may ultimately prove unable to govern. No true progressive or patriot should want that to happen.

Scott Lilly - October 25, 2010
0
Dick Cheney’s famous statement “deficits don’t matter” is generally associated with the Bush administration’s philosophy on taxation. A strong case can be made, however,...