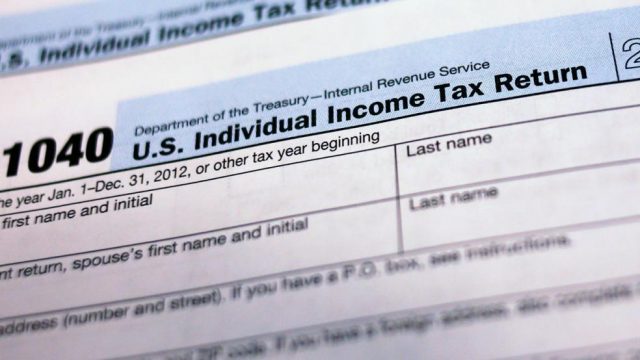 This Article was originally publish in the Fiscal Times on November 8, 2017

In 1985 President Reagan called for sweeping tax reform, arguing that the existing tax system treated people with “similar incomes, much differently.” The bill he eventually signed eliminated a significant number of loopholes and exemptions in the Internal Revenue Code. Added together, those tax breaks had a value equal to more than 10 percent of revenue collections.

But one major component of the original Reagan tax proposal was not in the legislation that finally became law: the elimination of the deduction for state and local taxes. Congress concluded that eliminating the deduction not only failed to improve the extent to which people with similar incomes paid similar taxes, it also made the federal tax system markedly less fair.

The answer to all of those questions is no. As was true 32 years ago, a great deal of the differential in the taxes paid by citizens of similar incomes but living in different parts of the country is caused by the fact that many of the low-tax states are able to “export” much of their tax burden, while the residents of high-tax states not only pay fully for their own services but for government services in “tax exporting” states as well. A study by the Tax Foundation comparing state and local tax burdens during the tax year 2011 explained:

While dividing total revenues collected in a particular state by state income is commonly used as a means of estimating the tax burden, the Tax Foundation found that:

Such a statistic is almost useless from a traditional tax burden perspective, because … [it] does not reflect the taxes that are actually paid out of that given income. As a result, taxpayers in high tax states are often paying not only for their own government services but for government services in other states.

The most blatant example of tax exportation is Alaska. The state has no statewide sales tax and no income tax. In fact, citizens get an annual payment from what is called the Alaska Permanent Fund Dividend Division — money that comes from severance taxes on oil and gas beyond the levels needed to pay the cost of government services. Virtually all of those severance taxes are paid by consumers in the lower 48 states or other parts of the world. This year each Alaskan gets $1022.

And while Alaskans receive rather than write checks to their state government, they also have a budget for government services that is the envy of most other states. For elementary and secondary education, the largest item in Alaska’s state budget (and all other state budgets, too), the state spends $22,338 per pupil, compared to the national average of $12,324.

Alaska is exceptional in the extent to which it exports its tax burden, but it is hardly unique in doing so. The Tax Foundation estimates that about a quarter of all the taxes paid to state and local governments are exported taxes. Wyoming, which produces the low sulfur coal that fires many of the nation’s power plants, also enjoys both low taxes and high levels of government spending. With no state income tax and only a moderate sales tax, Wyoming spent about $21,000 per student in its elementary and schools — 58 percent above the national average — and its per capita support for higher education was two and a half times higher than the national average. If you wonder how this is possible, just look at your most recent utility bill. You might also consider that much of that coal is being extracted from public land that belongs to you as a United States citizen.

Florida has been ingenious in finding ways to use its warm winter weather to protect its citizens from the burdens of taxation. Like Alaska, Wyoming and Texas, it has no income tax. It maintains a very substantial property tax and sales tax but those don’t fall equally on all property owners. The state has a two-tiered property tax system, one for state residents and one for nonresidents.

People who live in the state at least six months (and are therefore qualified to vote) get special “homestead” exemptions from the tax paid, including a 3 percent cap on the increase in the annual assessment. A nonresident owning an identical property as that of a resident could pay twice as much property tax within seven years.

Florida’s hefty 6 to 7.5 percent (depending on locality) sales tax is also a big revenue raiser for the state, especially since Florida applies the sales tax to rent — well, some rent. There is an exemption to the rent tax: If you reside in a property for more than six months a year, it doesn’t apply.

In addition to the sales tax, Florida also has a room tax that applies not only to hotels but to long-term vacation rentals, which Florida has more of than any other state. The Sunshine State also levies an additional sales tax on food and beverage served in restaurants — a disproportionate share of which is purchased by out of staters.

Up north, the Delaware legislature made a shrewd move more than 100 years ago and became a haven for businesses incorporation. It has defended that status over the years and continues to generate not only healthy incorporation fees but a remarkable stream of revenues from the “abandoned property” of the customers of Delaware-based corporations. Together they add up to more than a third of state revenue, providing residents with good services and remarkably low taxes.

But then there are states like Minnesota, Indiana, Iowa, Oregon and Connecticut. Undoubtedly, enterprising tax policy technicians have tried to craft laws that would pin the bill for state government in those states on nonresidents, but the opportunities simply don’t seem to exist. Citizens in these states help pay for teacher salaries in Texas when the furnaces fire up, state parks in Florida when they take a winter break, the new engineering school at the University of Wyoming when they turn on their lights, and nice annual checks for residents of Alaska whenever they drive their car. But no one from other parts of the country helps pay for the services in their home states.

A study done in 1985, the last time Congress was seriously considering eliminating the federal deduction for state and local taxes, needs to be updated. The research was performed by the accounting firm Arthur Anderson. Commissioned by the Joint Economic Committee, it examined how much the total tax bill of a family with a taxable income of $50,000 a year (at the time considered upper income) might differ depending on the state in which they lived.

That study found that even if you don’t count most of the “exported taxes” discussed above, the same family with the same income, home and spending habits could pay as much as 32 percent more in total taxes if they lived in a high-tax state rather than a low-tax state. When the accounting firm eliminated the state and local deduction, the differential increased to 76 percent.

Additional investigation showed that those higher taxes did not correlate with a higher level of state spending or services. In fact, the statistical analysis indicated a slightly negative correlation between tax levels and state government spending.

We don’t know what the correlation is today, but we do know that many of the same tax laws that drove the disparity in tax burdens in the 1980s are still present and that the state and local deduction on federal income taxes moderates the disparity, just as it did three decades ago. Congress — and particularly representatives from high-tax states — should examine this issue very carefully before expanding the inequity in the current tax system.