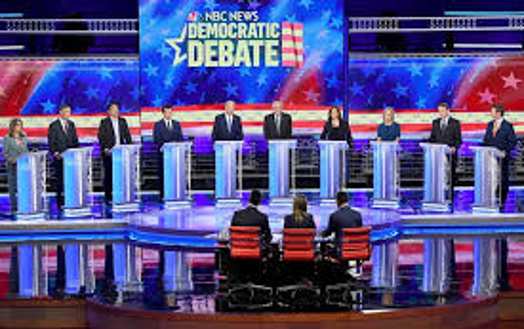 Americans have become increasingly cynical of politics and politicians. Contrary to the popular view, I think most politicians actually make a good faith effort to deliver on their campaign promises once they are elected. The problem is that as candidates, they often promise to do things that are well beyond the powers of the offices they are seeking.

President Trump’s “wall” is a good example. First he said that Mexico would pay for the wall. He seemed sincerely taken aback when he got to the Oval Office and found that there was absolutely no chance that would happen. Next he turned to the Congress and demanded the construction funds Mexico had refused to produce. But he found little support in Congress for such an investment. He also found that Article I of the Constitution gives the Congress, not the President the lead rolein making such decisions.

But making commitments to do things beyond the authority of the office one is seeking is not a failing peculiar to Republicans. Most, if not all of the Democratic candidates for president in 2020 are doing the same thing. Whether it is expanding health care coverage, cutting carbon emissions or reducing student debt, candidates seem to forget once they are on the debate stage that the institution in which they currently serve, not the presidency is where such legislation must originate. Having someone at 1600 Pennsylvania Avenue with a pen ready to sign those bills is a good thing, but it doesn’t mean much without the 218 members of the House and 60 members of the Senate needed to pass them.

There are several ugly truths that need to be faced up to if you don’t want to be hoodwinked promises flowing off the debate stage. The first is that the reason more people don’t have health insurance, our planet is not being adequately protected and higher education is too expensive is not a shortage of ideas, plans or well-crafted talking points. It is a shortage of power. There are more than a few workable proposals for tackling all of those problems. But the people who want to solve them don’t have the votes. They not only lack control of the White House but have not controlled both houses of Congress at any point in the past decade.

Few prognosticators would give Democrats even odds to capture control of the Senate this fall and many would give reasonable odds that they might lose as many as half of the 31 House seats they now control in districts that Trump carried in 2016—returning the party to the minority in both Houses of Congress. The only path to gaining the power to solve the problems being mentioned in Democratic debates is winning and holding House and Senate seats in parts of the country where the party has not been strong in recent decades.

While it would be nice to build up even bigger majorities of victory in Boston, the Bronx, LA and Seattle the key to having the power to address the problems we are concerned about requires that we move the conversation to a more regionally diverse audience that is unfortunately more skeptical of making the commitments necessary to address those problems. We need to be trying to figure out how we can hold on to Senators like Doug Jones in Alabama, defeat Republicans like Tom Tillis in North Carolina and return freshmen Democrats in the House like Abagail Spanberger in Virginia, Joe Cunningham in South Carolina, Matt Cartwright in Pennsylvania, Elisa Slotkin in Michigan and Ben McAdams in Utah—all of whom now represent districts that Trump won by 5 points or more.

So those among us who are really committed to capturing the majorities that would make these nice policies possible, need to judge the would be nominees by a stricter standard. Would they be the kind of candidate and run the kind of campaign that would help like minded candidates win and hold the very tough seats necessary to make such programs reality?

In any case, buyer beware! Democratic caucus goers and primary voters are not choosing between “Medicare for All” versus “Public Option”. That is a choice that the next Congress will not allow us to make regardless of who the nominee is. But we can choose the candidate who will run a campaign that will give Democrats in all parts of the country a better shot at winning election—a candidate whose efforts are likely to strengthen rather than weaken the pro healthcare majority in the House and move us toward the kind of majority in the Senate that will allow at least some useful legislation to reach the next President’s desk.

That is what people committed to change can and must do if they really want the country to move forward.

What’s In Store For Democrats?