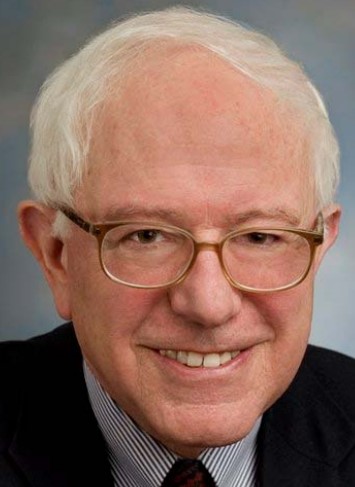 More than 40 years ago, Kenny Rogers’ released a hit single with the chorus line, “You Picked a Fine Time to Leave Me Lucille.”  Some Democrats may be feeling that way about the party they’ve supported most or all their lives.  Never has the country needed the party so badly and rarely have its prospects looked so bleak.

I don’t say that as someone who objects to many of the ideas that Bernie Sanders proposes, who is not disgusted by the extreme disparities in income or quality of life that he points to. Like Bernie, I believe much of the population doesn’t stand a chance of getting an even break in life if government doesn’t make that a central priority. I say it simply as someone who has fought for all those things for more than 60 years and learned time and time again that you can’t put food in the mouth of one hungry child if you don’t win.

I met Bernie Sanders during his House Freshman orientation in November of 1990.  I have watched him a long time and have admired the tenacity of his commitment to the values he espouses. I also admired Bernie’s ability to carve out a role for himself as an unabashed critic of fat cats whose only interest in public policy was to direct a larger and larger share of the economic pie toward the small percentage of households who already have too much. I know that has often been an uncomfortable job and we need Bernie’s voice at the table.

His massive, well-intended but unpaid for agenda has painted a huge target on his back for Republican super pacs now salivating for his nomination. Recently, Sanders was asked by Anderson Cooper on 60 Minutes about how he we pay for his proposals:

Cooper: Do you have a price tag for all of them?

Sanders: No, we don’t. No, you mentioned making public colleges and universities tuition free and canceling all student debt. That’s correct, that is what I want to do. We pay for that with a modest tax on Wall Street speculation.

Sanders: Well I think—I can’t rattle off to you every nickel and every dime.

His unusual perspectives on the contributions of Fidel Castro to the well-being of ordinary Cubans and the positive aspects to life in the Soviet Union will be the subjects of innumerable profiles, documentaries and opinion pieces on Fox News, The Sinclair Broadcast Group, The Wall Street Journal and The Washington Times.

That discussion hasn’t even begun to take place. It will be withering and the Sanders polling numbers in battleground states will plummet once that process begins.

In 1972, I was the Central States Coordinator for George McGovern’s Presidential Campaign. We took great solace in the fact that he continued to draw the largest crowds in history. Certainly, if intensity of support was a factor George McGovern would have served two terms in the White House. But that was not to be. He carried Massachusetts and the District of Columbia for a total of 17 electoral votes.

Before you pin on your Bernie button think about the potential downside to your decision. Lucille abandoned her husband with “four hungry children and crops in the field.” As the nation’s oldest political party Democrats owe it to the country to not abandon competitive politics with a Donald Trump in the White House.

Poor Choices for the Taxpayer

Scott Lilly - December 28, 2018
0
For the first 191 years of the Republic there were no government shutdowns. In the spring of 1980, however, Attorney General Benjamin Civiletti issued...