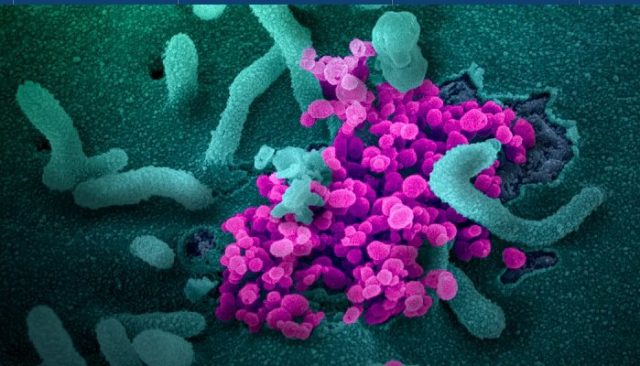 As anyone who has watched the Trump Administration in action over the past three years might have predicted, the administration’s ability to adequately respond to the challenges of the rapidly spreading corona virus has been abominable. The question, however, is what is the responsibility of the Congress and the opposition party in the face of such poor performance on a problem where so many lives are at stake?

First and foremost, the role of Congress in the kind of situation we now face is not primarily that of critic. Citizens in general and political leaders in particular have a responsibility to put together a systematic program for damage control.

While much of the ideological energy is focusing on the economic response, (and that is important) the most immediate and most important issue facing the country is managing the health crisis and it is clear that the White House does not fully understand the dimensions of that crisis or how to develop a rational and comprehensive set of steps necessary to manage it. Bluntly, the kinds of bold actions that are needed are not on yet even on the table and we are already months late in preparing such a response.

A fair description of the challenge we face is as follows. The virus is unique in that a large portion of the people who are infected with it remain asymptomatic. In one respect that seems like a good thing, but it makes slowing the rapid spread of the virus enormously difficult. As the virus begins to spread larger and larger numbers of people are transmitting it without even realizing that they are infected. That makes the widespread availability of testing essential and we are not yet where we should have been months ago with the ability to perform tests and monitor results.

As much as 70 percent of the U.S. population or 230 million people could become infected. As many as 180 million of those will show no symptoms or only mild symptoms. But that leaves us with 50 million sick people, a large portion of whom will be seriously ill. If 2 to 3 percent of those infected die, that will mean 4 to 6 million deaths.

If that number of serious illnesses and deaths occur within a relatively short time frame, say 6 months, it will totally overwhelm the health care system. We have a little more than 6,000 hospitals and they contain only about 700,000 beds. If 20 million people require several weeks of hospital care over a period of 6 months the system can not manage the case load. People who are desperately ill will be denied the kind of health care that they would normally expect and if steps are not taken quickly, they could be denied any kind of care at all. And because of limitation on the number of health care professionals, even those whose illness would not under normal circumstance require hospitalization are at risk of having such poor outpatient care that a hospital stay might become necessary.

So, what should the government be doing? The first thing would be to set up a robust planning operation. Prior to World War II, President Roosevelt set up a War Production Board. That board addressed thousands of issues relating getting all of the things the nation needed to go to war. The development, production and distribution of penicillin was one of the accomplishments of the WPB. Supplies of precious metals, analysis of food stocks, conversion of factories to weapons production and retraining the workforce were all part of the effort.

We need a full assessment of what we are likely to need to fight this virus and what red tape needs to be cut in order to ensure that we get it. How many hospital beds are likely to be required; what kind of facilities could be converted into hospitals; isolation wards etc.? How do we use the health care professionals we have in the most efficient way? How can we surge available health care manpower? What medications, cleaning agents, medical supplies and so forth will be necessary? How do you jump start production facilities to procure such supplies and medications? What public health measures ranging from the cleaning of public spaces to reducing public exposure infected individuals can be taken? How can the federal government facilitate those efforts.

The problem is, to be effective and to gain the public trust, such a planning operation must recruit the best minds, be driven by unbiased assessment of the facts and be fully transparent to the public. It must draw on the most capable public servants, enlist the most able individuals in the private sector and gain the full cooperation of governments and health care providers at all levels. In other words, it must have characteristics that are at virtually the opposite of those generally associated with the Trump Administration.

But the Congress can fill this void. They can call or subpoena witnesses, collect testimony and engage in essentially the same exercises that a War Production Board might engage in. That kind of effort is not unprecedented.

In the weeks following 9/11 the House Appropriations Committee did a systematic review of the immediate steps needed to reduce the threat of terrorism. These included investments in several dozen government activities ranging from entirely new and far more capable computers at the FBI to a systematic effort in cooperation with the airlines to more fully examine passenger flight lists. It included a complete overhaul of of preboarding passenger screening efforts; strengthening the Customs Services capacity to detect dangerous chemicals and fissile materials, surging government access to Arabic translators; assisting local governments in strengthening their security efforts; enhancing the capability of Park Service to protect national monuments and expanding the capabilities of the Air Force and Department of Energy in securing nuclear materials.

The White House initially rejected much of that list out of hand in a meeting with the President less than 60 days after the 9/11 attacks. But within less than 6 months nearly all of the proposals had been signed into law. Given the obvious limitations of the Trump Administration such an effort is far more urgent today than it was then. This is not a moment for prolonged contemplation. Too much time has already elapsed. The country needs action now!