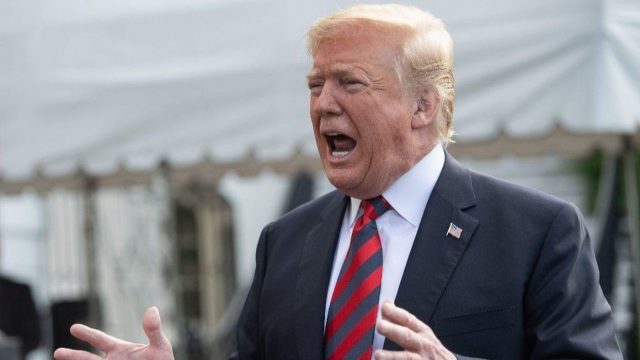 In the 16 presidential elections I have witnessed since then I have learned that every election provides both dangers and opportunities. Lyndon Johnson’s victory in 1964 not only provided the votes to create the Great Society; it fractured the coalition that had made much of the nation’s earlier social progress possible. George W. Bush’s victory over John Kerry in 2004 continued the hopeless and costly occupation of Iraq and prevented needed regulation of irresponsible financial institutions. At the same time it provided the political opportunities that became the seeds for Barrack Obama’s 2008 election.

No election since 1952 has been fraught with more danger to the country or more opportunity for the opponents of the victor than the one that occurred Tuesday night. Donald Trump won on a platform of “change.” He offered hope to the hopeless and won an incredible outpouring of support from those who have been ignored for too long by both political parties. He convinced them that he, not the insiders in Washington could solve the nation’s problems. His cachet was being different, being the guy who would do what he promised, that he would make the wheels of government work for ordinary people.

It is easy to understand why that message was appealing. But now he has to either deliver on his promises or be just like those he promised to protect us against. The problem is that he made those promises without any regard for the possibility that he might actually be elected and have to deliver on them.

So the issue is when, not whether he will have to tell his supporters:

• that Mexico is not going to build a wall;

• that eliminating health care benefits for 20 million people will bankrupt hospitals and clinics across the country;

• that blocking foreign imports could have very ugly and immediate consequences for thousands of American businesses and their employees who depend on foreign markets;

• that simple mathematics do not allow the government to simultaneously cut taxes, preserve retirement programs, strengthening the military and launch a major new infrastructure program without a massive increase in debt;

• that massive deporting of illegal aliens will require billions in new federal outlays and a huge increase in the federal workforce;

• that it would be reckless to withdraw from NATO even though many members are not contributing as much to mutual defense as we would like;

That should make it quite clear that Mr. Trump differs from those despicable Washington insiders he likes to berate in only one important respect. Compared to Mr. Trump, those insiders are mere rank amateurs at the art of flimflam.

He will not have a high profile opponent who he can castigate to divert attention. He will not have divided government as an excuse. All eyes will be on him. This is a box that would challenge even the great Houdini and while Donald Trump will be able to dance around the inconsistent and impractical promises he has made for some time his medicine show is finally going to get the scrutiny it was never intended to receive.

In the end this story will largely write itself. We need to be there to insure that the narrative remains accurate. It will take patience and continued effort but the path to a better society lies in front of us—it simply doesn’t follow the contours we had anticipated.

Scott Lilly - January 26, 2009
0
This article first appeared at AmericanProgress.org. “Where the action is in federal budgeting” is how the Budget Analysis Division of the Congressional Budget Office describes...