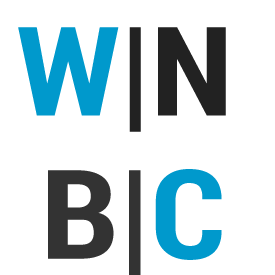 This article first appeared at AmericanProgress.org.

“Where the action is in federal budgeting” is how the Budget Analysis Division of the Congressional Budget Office describes itself on the CBO website. “Because the division has a high ratio of analysts to managers, those analysts enjoy a high degree of individual responsibility, challenge, and visibility,” the division explains. “The estimates produced by the Budget Analysis Division play a critical role in Congressional actions that affect the nation and the world.”

The truth of those comments became very evident last week when CBO became the focus of media attention after an unofficial analysis of a portion of the economic stimulus package was leaked to reporters. With regard to appropriation spending of $355 billion out of the proposed $825 billion economic stimulus package for which the unofficial analysis was performed, the role of CBO is largely one of forecasting how quickly funds provided will be spent. Some programs “spend out” in a matter of days while expenditures for more complex government activities may take 5 to 10 years.

Projecting this “spend out” is a task requiring the weighing of numerous variables as well as the exercise of a considerable amount of subjective judgment. In the end, spending forecasts are subject to most of the uncertainties contained in weather forecasts, economic forecasts, and even Super Bowl predictions. But what is clear from the leaked analysis (and will probably be evident in the official version soon to be available) is that the watch word of this stimulus effort—“shovel ready,” meaning ready to be spent now—does not correspond to any key on the keyboards connected to CBO computers.

Instead, the CBO analysis is based almost entirely on a review of historical data on program performance, giving little or no weight to assurances from the White House, federal agency directors, governors, and state officials that normal operating procedures will not be followed, and that funds appropriated for programs in this stimulus package will flow much more rapidly than in the past. To be fair to CBO, it is not unusual for program managers to be overly optimistic about how quickly important initiatives will get underway. Yet there is ample evidence that state and local officials have been preparing for months for the rapid obligation of these funds. It is also clear that officials at all levels have made strong and credible public commitments to cut through red tape to expedite these expenditures.

It would seem that those commitments should count for some shortening of the time frame for the flow of federal money. CBO, however, is forecasting that only 40 percent of the appropriations money will flow in the first 18 months, and slightly less than 70 percent in the first 30 months.

It is particularly hard to defend the CBO forecast on the flow of “shovel ready” highway funds. The projection for the flow of highway funds from this package is much slower than the projection made by CBO for the flow of funds under the same program only four month ago in the stimulus package Congress attempted to pass last fall. CBO predicted 77 percent of that money would flow out of the Treasury in the first 24 months. Now they are projecting that only 45 percent of highway money will flow over a 24-month period.

Whichever figure is correct—if either prove to be—the disparity between the two estimates seems to demonstrate that CBO highway estimates will have been seriously out of line at least 50 percent of the time. Certainly the American Association of State Highway and Transportation Officials believes this to be the case. AASHTO released a statement last week denouncing the most recent CBO estimate:

A recent analysis of the speed of spending transportation dollars as part of the economic recovery bill is based on “business as usual” and clearly underestimates the ability of the states to deliver ready-to-go projects…State DOTs [Departments of Transportation] right now are moving to advance thousands of projects, so that contracts can be let in 120 days, as the House bill has proposed.

AASHTO Director John Horsley said that he had surveyed state officials as recently as January 16 to determine if they could have 50 percent of the $30 billion provided for highways in the proposed stimulus bill under contract within 120 days, as provided in the House bill. He said that they responded, “Yes, we can!”

But what if CBO is right in its current forecast? What if many of the appropriated funds in this package do flow more slowly than federal and local officials anticipate? The first point that needs to be considered is that the $355 billion contained in the Appropriation Committee portion of the package represents only 43 percent of the total package and virtually all of the slower spending programs.

Nearly all of the remaining $470 billion, which will be made up of tax cuts, Medicaid payments to states, and unemployment benefits, is expected to flow from the Treasury over the course of the next 12 months. The $108 billion contained in the appropriation segment of the package that CBO projects to be unspent at the end of 2011 totals only 13 percent of the total package.

It is also important to recognize that contrary to the representations of some critics of the program, job creation under most programs in the package will significantly precede the outlay of federal funds, which is what the CBO data projects. The U.S. Highway Administration, for instance, allocates funds to the states based on a federal highway formula, but states do not actually get reimbursed from the U.S. Treasury (creating an “outlay”) until after the contracts have been signed, employees have been hired, and a phase of the construction project has been completed.

Finally, virtually no economists are projecting a short-term economic downturn or a strong recovery. Most are projecting a long downturn with unemployment rising though 2010 and remaining well beyond the end of fiscal year 2011. Unfortunately, slow spending is likely to be much less of an issue in this recession than it has been in previous ones.

If Congress still believes that too large a portion of the money contained in this package will be unexpended by the end of the 30-month period in which the recession is expected to be the most severe, then they can examine the specific programs that CBO projects to be responsible for those balances. Only 11 programs representing just 25 percent of the appropriations portion of the package, and 11 percent of the total package account for 60 percent of the unspent funds forecast by CBO at the end of 2011. Unfortunately, these are made up of many of the investments that are most likely to boost the economy over the longer term.

As for CBO, I find their efforts with respect to this package disconcerting. The Constitution delegated the making of budget policy to Congress. When the Congressional Budget Act was passed 35 years ago, CBO was established not for the purpose of transferring that responsibility from Congress to a team of experts but for informing the congressional deliberations with philosophically neutral, well-informed, and fact-based analysis—analysis based on a continuous and thorough vetting of all relevant information and points of view.

While CBO is certainly “where the action is in federal budgeting,” as it boasts on its website, I am not convinced that they have met the standard for analysis that should be expected of them. The incoming director needs to carefully review these projections and insure that CBO protects its reputation for quality and objectivity.

Scott Lilly is a Senior Fellow at the Center for American Progress.

There You Go Again, Newt

Scott Lilly - June 23, 2010
0
It is always risky to attempt to give a history lesson to an old history professor, but Newt Gingrich’s column in this morning’s Washington...