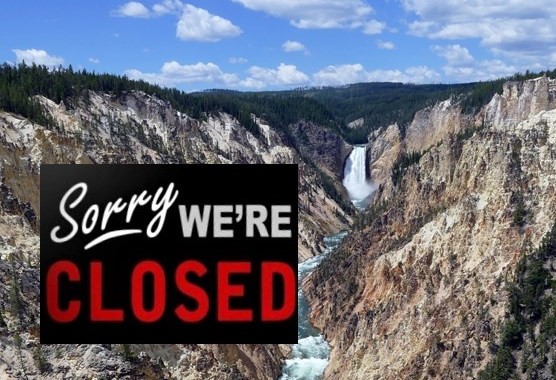 If federal workers didn’t have enough to worry about right now, there is a serious threat to their future beyond the current government shutdown that has received little or no press attention. That threat is the disastrous precedent that caving to a shutdown proponent would create in our system of resolving political differences and allowing the country to move forward even during period when the country is deeply divided.

Since the House and Senate Appropriations Committees were created in 1865, Congress has made every effort to insulate the process that actually funds the government from most of the controversies facing the institution. Those controversies are left to the 20 or so authorizing committees that exist in each chamber for the express purpose of determining whether new programs and initiates have sufficient merit, what their precise objectives should be and who will have the authority and responsibility to meet those objective.

Congress did not fund the interstate highway program, Head Start or No Child Left Behind before legislation first worked out a detailed law creating those programs and that process was entirely separate from the legislation that eventually provided the necessary funding. As a result most contentious issues were resolved before Congress had to face the final question of exactly how much money should be included in an appropriation bill.

Even with that protection, Congress often finds itself at an impasse. More often than not, issues arise on appropriation bills that make it impossible for one chamber or the other to enact legislation providing departments and agencies with needed funding at the beginning of a new fiscal year. To prevent those disagreements from blocking government services, an even more insulated process known as a “Continuing Resolution” or “C.R.”.

C.R.s  are legislative vehicles which serve only one purpose, allowing the government to operate over the short term so that compromises can be reached on the remaining issues that divide legislators. The C.R. is essential a template that contains a tried and true formula for operating the absence of a broader agreement. The formula is simple. Affected departments and agencies are funded at the prior year level without any adjustment for inflation or new activities and are to operate under exactly the same terms and conditions that were in effect during the previous fiscal year.

Since Attorney General Benjamin Civiletti ruled almost 39 years ago that operating federal agencies in the absence of specific legislation funding them was a violation of the Constitution, the record of C.R.s in preventing government disruptions has been far from perfect. In the context of the current morass, however, it appears pretty good. Prior to the current shutdown there have been 8 fiscal years our of 38 in which some type of disruption in funding occurred, but really only two serious shutdowns (disruptions that last beyond a weekend or overnight).

In both instances, one party in the dispute felt they had leverage to force the other party to accept policies that were well outside the limits of the strict C.R. funding formula. In Fiscal 1996, House Republicans, much to the dismay of their Senate counterparts, demanded cuts in Medicare spending and other entitlement programs as the price agreeing to funding ongoing government operations. There were two disruptions. One that began in November of 1995 lasting 5 days and the other beginning in December that lasted 22.

The political fallout from the fiscal 1996 shutdowns was so severe that there was not a shutdown of any type for the next 18 years. Then at the beginning of fiscal year 2016, a new generation of House Republicans believed that they could force repeal of the Affordable Care Act by blocking the passage of a C.R.. That also did not end well for those using the disruption of government services as leverage for a separate policy agenda.

The history of attempts at shutdown leaves a pretty clear message to those who would use it as a tool to force concessions on issues lack sufficient support to be enacted on their own merit. Unfortunately, those who are committed to keeping the government closed until the other side agrees to enact funding for a border wall don’t seem to be aware or concerned about that history.

But what if the precedent were the opposite? What if those wishing to hold a continuing hostage as a means of achieving an extraneous policy objective had won in 1996 or 2014?

There is virtually no question that people who cared passionately about a issue that was of burning importance to them but of less consequence to others in the public or the government would see the disruption of government funding as a hostage opportunity to could allow them to reach their goal. The possible rationales for a shutdown would be endless. Those wishing change in our laws governing abortion, immigration, climate change, endangered species, foreign policy, sexual preference, tax policy or a hundred other items would be lined up to see which cause could achieved by threatening to block  needed short term government funding.

It is important for those who believe that shutdowns are a terrible way for the government to do business to not only fight for an end to this shutdown but ensure that this form of hostage taking is not rewarded. If additional border protection is needed it should be provided through the normal legislative process, ideally involving review and approval of the authorizing committees as well the additional needed funding provided in a regular appropriation measure.

Scott Lilly - January 6, 2019
0
When your pilot tells you that your flight has been cleared for landing, you may or may not want to remember that the air...