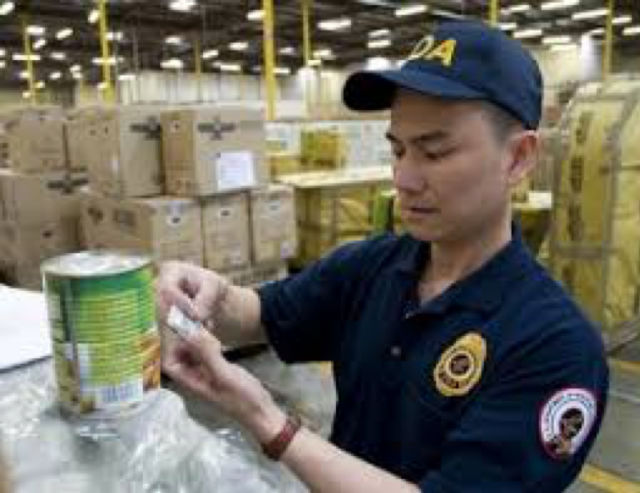 When your pilot tells you that your flight has been cleared for landing, you may or may not want to remember that the air traffic controller who is being paid to insure you don’t collide with other aircraft is in fact not being paid.

While nearly everyone acknowledges that the safety of the American people is a core responsibility of the Federal Government we are in a remarkable situation in which the government is deliberately placing that safety at greater risk. While safety is the underlying rationale President Trump’s demand for a border wall, his political strategy for getting that wall is placing far more people at risk than the wall could protect.

Air traffic control is only one of dozens of major safety activities which the federal government is responsible but can’t perform as a result of the shutdown. FBI agents are in the same boat as air traffic controllers. They are at work but not being paid. But more importantly with respect to the FBI and its myriad of activities to keep us safe is the fact that many of the tools that agents must use to be effective have been taken away.

A total of more than 5,000 FBI employees are on furlough including most of the 3,000 analysts who sift through the evidence and often guide the direction of investigations. Many of the secretaries, property managers and other support staff needed for the Bureau to function are also on furlough. Last week, the FBI Agents Association sent a petition to the White House and Congress urging them to end the shutdown. The president of the association told Forbes, this is “a national-security issue.”

Much the same situation exists at other federal law enforcement agencies including Alcohol, Tobacco and Firearms, U.S. Marshals, Drug Enforcement Administration and the Secret Service. If the fight against crime, terrorism and illegal narcotics is a war, we have pulled important elements of our combat force off the front lines for an extended period of time.

Those not being put at risk by increased chances of airplane accidents, terrorist acts or violent criminals are certainly at greater risk of deadly disease. One example is our efforts to insure food safety. The FDA has been forced to furlough 41 percent of its workforce and as a result it has suspended virtually all routine inspections of food processing facilities.
The Centers for Disease Control estimates that each year 48 million people gets sick from food borne illnesses(1 in 6 Americans). Another 128,000 are hospitalized and 3,000 die.
Let’s compare that with the best available evidence on the threat posed to American citizens by individuals entering the country illegally across the Southern Border. The Government Accountability Office examining federal arrest records between 1955 and 2010 found that illegal immigrant accounted for about 486 homicide arrests a year.

Of course, even a wall that was 100 percent effective would not save the lives of those 300 to 400 victims. First, most of the 10.8 million illegal immigrant living in the United States have been here for a long time. A study of Mexican immigrants living here illegally found that 80 percent had been in the U.S. more than 10 years. Further, most estimates indicate that currently fewer than a third of the new illegals who arrive here each year have crossed the Mexican border.

The point is, that the wall could not possibly reduce the number of deaths by more than perhaps a hundred or so and probably far less. On the other hand a a relatively small percentage increase in deaths from food-borne toxins such as Salmonella, Norovirus, E. coli could result many hundreds of deaths and tens of thousands of hospitalizations.

Last week the House of Representatives voted on passage of the Agriculture Appropriation bill. Nothing in that bill would have had any impact one way or the other on the question of building a wall. It would have simply put the food inspectors and other FDA and Department of Agriculture Employees back to work. None the less, a total of 180 House members voted against the bill on the grounds that they were protecting the American people and Senator Mitch McConnell refuses to allow the Senate to vote on it for the same reason.

One can only ask, what were they thinking?

In the meantime, pick carefully when you grocery shop

The Price of Rewarding Destructive Behavior

Scott Lilly - November 24, 2020
0
More than a hundred years ago, Sigmund Freud first described a personality trait he called narcissism. Freud said it was a dominant trait of...