Memorial Day: Remembering My Father as a Soldier

Just a year ago, my sister and I and our spouses were able to retrace the steps of our father as he fought his way across France as a member of the 137th Infantry Regiment, part of Patton’s 3rd Army. It was an almost overwhelmingly powerful reminder of how much so many brave men and women sacrificed in order to protect our heritage and freedom.

Our father entered combat on September 19th, 1944 and was almost constantly under fire for the next 64 days. Most of his regiment was wiped out several times during that period. He was himself wounded on November 23rd, Thanksgiving Day, in a field north of the village of Hilsprich in the Department of Lorriane. We were surprised that we were able to not only find the battlefield where he was wounded but identify pretty much the exact location where he was hit as well as the area where he crawled to safety.

The “Unit After Action Report” for the 137th on November 23rd described the action as follows:

The 1st Battalion encountered stiff resistance in its advance on Hilsprich. The town was well defended with heavy tanks and infantry, and surrounding high ground was bristling with dug-in enemy positions. Six hundred yards west of the town the 1st Battalion ran into terrific fire from the German positions, and at 1330, with heavy tanks discovered operating in the town, the Battalion Commander requested that all artillery possible be thrown into the objective. The Germans threw back the first attempt to enter the town, and only after hard fighting and heavy casualties were our forces able to get into the stronghold. Company A suffered serious losses, including Captain Sidney K. Strong, their Commanding Officer, killed by 20mm fire while leading his men in the attack

My father wrote a journal of his experiences some 30 years later. Here is a portion of his description of that day:

As we topped the rise we ran headlong down the slope on attack and the Germans opened up with the most devastating artillery ﬁre I had ever witnessed. The ground around and in front of us erupted with exploding shells. Men fell wounded and dead by the dozens. I instinctively realized that the ﬁeld to my left was being covered by the 88s and the ﬁeld to my right by SOMM mortars. I swerved a little to the right, preferring to take a hit from a mortar than the high- velocity 88.

The ﬁeld had been cultivated and my four-buckle overshoes, recently re-issued to us, picked up big balls of mud with each step, making running difficult. Ten yards in front of me, Cook, one of the ﬁve who had survived Fonteny, took an almost direct hit and died instantly.

Only a handful of us reached the bottom of the hill. I was running like hell. A stretch of level ground lay between us and the village. There was a tremendous explosion behind me. I recall sailing through the air. How far I do not know but it seemed to be about ten yards. My legs went numb and my first thought was that they were blown off. I rolled over and gingerly felt for a thigh. It was there! Both legs were there! My hand was bloody from a sizeable hole in my left thigh. An indescribable feeling of relief, joy and thanksgiving swept over me. I was alive! Maybe I had that million dollar wound. If not, maybe it was only a half-million dollar one. In any event, I should get sent to the rear for a few days and have a chance to rest. I would even settle for that. I looked around. Of the few men who had made it all the way down the hill, many, like myself, had been hit. At about this time D Company, the weapons company, who had been held in reserve, were sent in. About ﬁfteen or twenty of them hit the ground a few yards to the left. Immediately the Germans began dropping mortars. I cussed and fumed at the weapons boys for drawing ﬁre. I thought how ironic it would be to get killed just when I had ﬁnally earned a ticket back. The only man I recognized was Sergeant Blankenship. He had been badly wounded in the barrage.

I looked for cover. A few yards to my right was a draw with a thicket of brush. I crawled over and found that it contained a small stream. The thrifty farmers had kept the brush trimmed so closely that it was impossible to hide without laying in the stream. This I did as I contemplated my situation. By what chance of fate was I alive after so near a direct hit? Evidently the mortar shell had arched directly over my head. That it had hit close to my heels seemed clear because none of the shrapnel had hit above the buttocks. Certainly, the main force of the explosion had gone away from me in the direction the shell was traveling. Then there was the mud. The damned mud which had aggravated us almost as much as the enemy. The mud which we had blasphemed continuously for months. The mud had absorbed a lot of the shock and shrapnel and had saved my life.

Army records indicate that the 3rd Army lost 6,657 killed, 36,406 wounded, 12,119 missing during the Lorraine Campaign, the effort in which our father participated. It was a military operation that provided the allies with about 50 miles of hard earned real estate and is rarely mentioned in accounts of World War II. 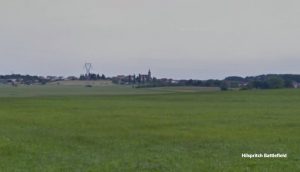 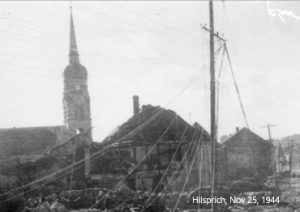 INSURRECTION AT THE CAPITOL

INSURRECTION AT THE CAPITOL

Bruce Meredith - January 18, 2021
0
by Bruce Meredith editors note: Speaker Tom Foley used to tell incoming freshmen members of the House, "If you look up at that lighted dome...